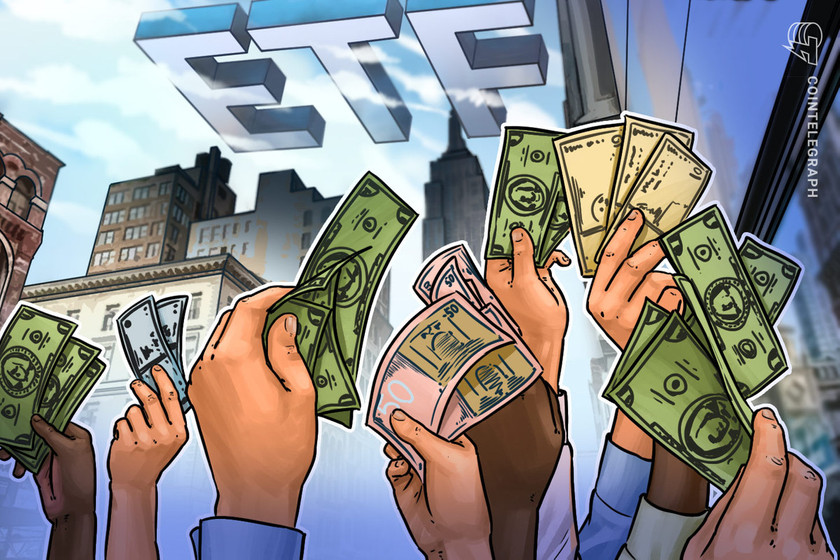 The Purpose Bitcoin exchange-traded fund has been a roaring success since its debut last week.

Less than a week after its debut, the Purpose Bitcoin exchange-traded fund continues to attract large inflows of investor capital, offering further reassurance that institutional interest in digital assets is on the rise.

Crypto data provider Glassnode reported Tuesday that the Purpose ETF has reached $564 million in assets under management, an impressive feat considering the fund only launched five days ago. As Cointelegraph reported, the fund generated $80 million in volume during its first hour of trading and reached nearly $100 million on its first day.

Glassnode data reveal that, as of Tuesday, the Purpose ETF had 8,288 BTC, having added 2,251 BTC on Monday.

Just a few days after the world’s first #Bitcoin ETF started trading, its holdings are at 8,288 BTC – 2,251 were added yesterday alone.The ETF’s AUM has crossed half a billion USD, currently sitting at $564M.Charts: https://t.co/gupWslpJDR pic.twitter.com/FMMFSDZJ7Z

This explosive growth aligns with a recent forecast by Bloomberg analyst Eric Balchunas, who said the ETF will likely hit $1 billion in assets by the end of the week.

Canada has quickly emerged as a hotbed for Bitcoin ETF activity. In addition to the Purpose ETF, Evolve Funds Group has received approval from the Ontario Securities Commission to launch its own Bitcoin fund. Trading under the ticker symbols “EBIT” and “EBIT.U,” the Evolve Funds ETF will provide direct exposure to BTC priced in both Canadian and U.S. dollars.

Inflows into the Purpose ETF appear to be unaffected by Bitcoin’s recent price retracement. The flagship cryptocurrency declined sharply at the start of the week and briefly fell below $45,000, according to TradingView data. Peak to trough, the Bitcoin price fell more than 20%. It was last seen holding above $46,700.